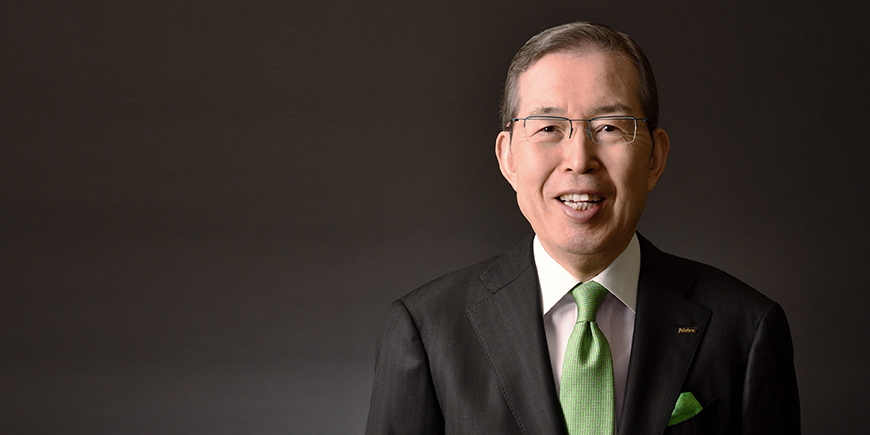 It was back in 1973 that I established Nidec with the goal of becoming number 1 in the world together with my three colleagues. I had been researching precision motors ever since my school days and I made this the focus of the company. This was the start of Nidec; a company of just 4 engineers, including myself.

At first, our only assets were our determination to be the world’s number 1, and our proprietary; original technology. We were literally starting with no material assets, but we firmly believed that we could lead the industry if we could make products that had features and performance unlike those of our competitors. Then, in 1979, we became the first company in the world to successfully commercialize a direct drive spindle motor for HDDs that used a brushless DC motor. Many said that had it not been for this product, computers could not have gotten as small as they did

This was followed by a series of inimitable products that were either the first of their kind, or the smallest of their kind, in the world. Today, we make small precision to large-size motors of all kinds as well as their peripheral components. These key components are widely used not only in IT and office automation products but also in a wide range of fields including home appliances, automobiles, office equipment, commercial and industrial machinery, and environmental energy. 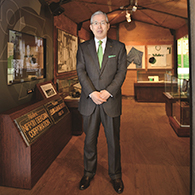 About the Nagamori Awards 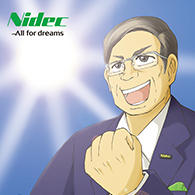 "The Man Hotter Than the Sun"

A Story of founder Shigenobu Nagamori